Home » The Hub » Airbit vs Beatstars – Where Should I Sell My Beats?

Airbit vs Beatstars – Where Should I Sell My Beats?

Deciding where you should sell your beats seems to have become quite a challenge in 2020, with options like Airbit and Beatstars available deciding can be difficult, but to really know you have to be able to look at the two platforms side by side and compare their features as well as their pricing structures, And from there make an educated decision based on your own subjectivity. 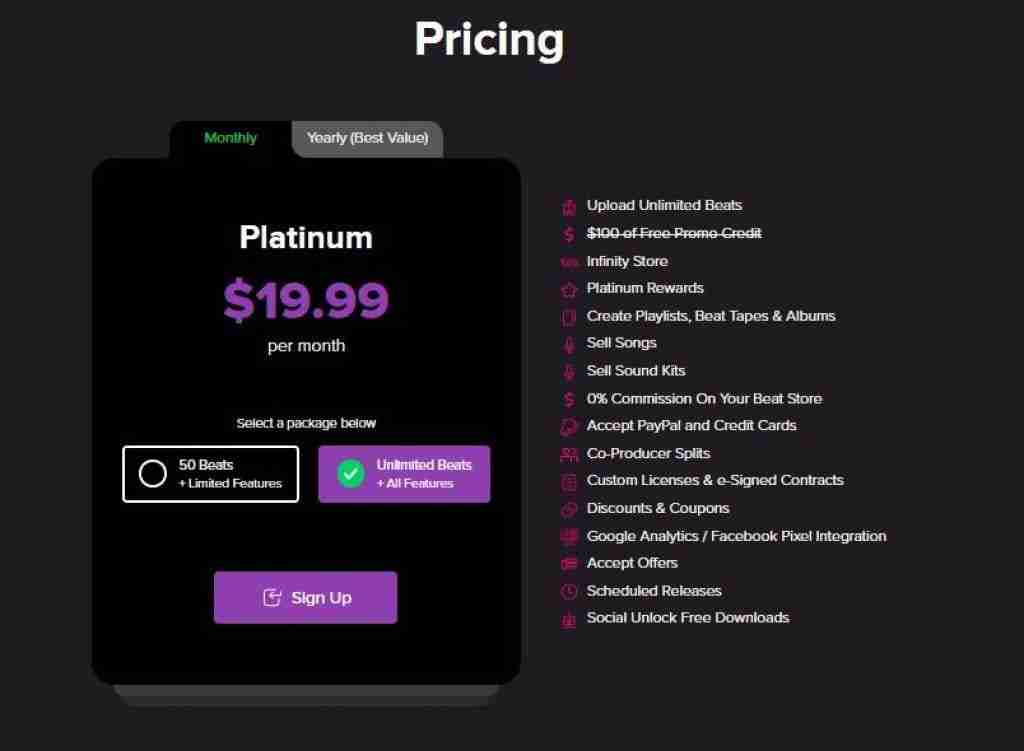 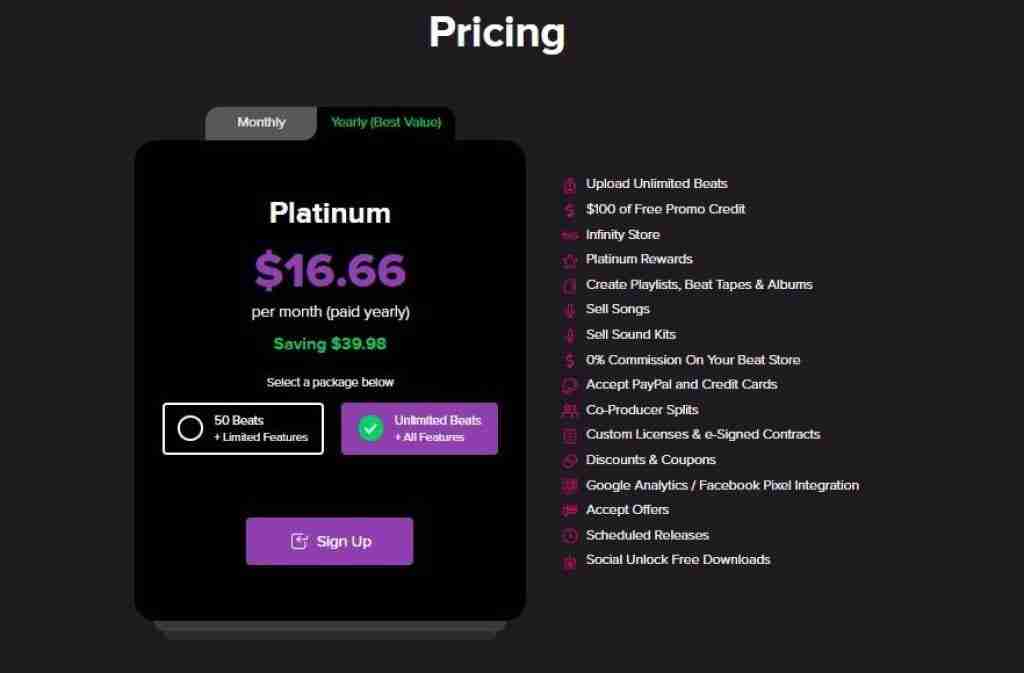 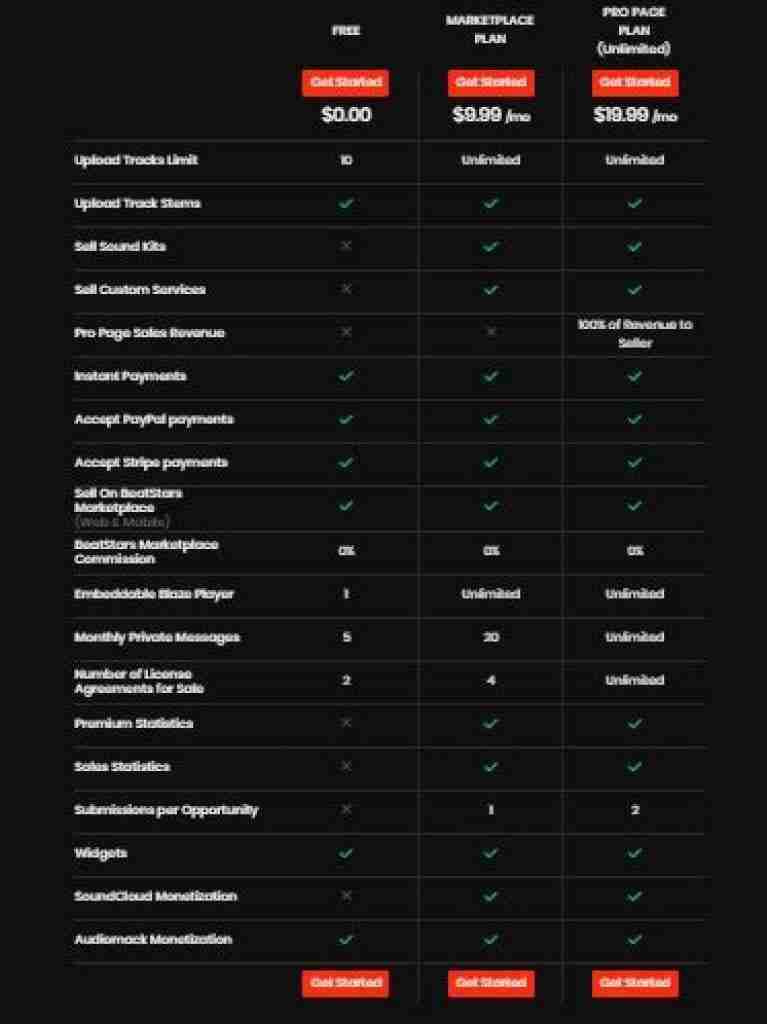 As you’ll see both platforms do have very similar features, With the exception of features such as Websites vs Pro Pages and Soundcloud Monetization, If I were to choose between either of them Airbit would come out on top, As remember it’s not all about features but more so the audience of potential buyers that come with using the platform.

The Advantage of using Airbit

On all three account levels that Airbit offers you keep 100% of the sales you generate, Whereas with Beatstars you can only make 100% when you have a paid account, And if you only use a free account they will take 30% off the top of everything you make.

The Advantage of using Beatstars

Beatstars has a unique feature that Airbit lacks, Soundcloud, and Audiomack Monetization which allows you to earn additional income through monetizing plays via both platforms.

Do a lot of Collaborations?

Both platforms offer a revenue sharing feature so that you can share the revenue you make from selling your collaborative project leases with co-producers.

When your building a brand as a Music Producer staying in regular contact with your customers is essential for your growth as a business, and one of the most effective ways to do exactly that is through email marketing.

Both platforms integrate with MailChimp, Aweber, and GetResponse. And all through that’s great, It still does make choosing which email provider you use a difficult one unless you’re ok with doing some to work to manually add your customers to your list (If you have their consent)

But if you go that route, ensuring that you have the opt-in becomes all the more vital, because as of May 25th if you’re not GDPR compliant sweet mother law will come beating down on your arse hard, but that’s something I’m not going to get into here.

YouTube Content ID is a tool that is essential to any beat seller, Airbit recently introduced Content ID within its system and at the time that they did I was heavily considering switching to Beatstars (which I eventually did) but it was enough to keep my hanging around for a little while longer, Beatstars does not, however, have a YouTube Content ID integration, but the strange thing is they did once upon a time, I’ve looked tirelessly around the internet to see if there is some kind of explanation for why it’s not available anymore but I haven’t found anything.

However, it isn’t the end of the world as you can always upload your beats for streaming and take advantage of Distrokid’s YouTube Money feature.

So to run a beat selling business you need to sell beats right? Luckily both platforms offer marketplaces to help you do exactly that, and running paid promotions on both either platform couldn’t be any more different, Beatstars uses a credit system which allows you to spend whatever you like, Whereas Airbit allows you to control a budget but limits you to running your ad for a minimum of a week, personally I’ve run several promotions on Airbit and its never returned anything other than A LOT of plays, whereas I have also run promotions on Beatstars and I’ve had several negotiations for exclusives started with me, so in the long run. my conclusion has to be that my preference is Beatstars.

What Are The Pro’s of Airbit Compared To Beatstars

What Are The Pro’s of Beatstars Compared To Airbit

What Are The Con’s of Airbit Compared To Beatstars

Whats Are The Con’s of Beatstars Compared to Airbit

Recommended: How To Upload Your Beats To Airbit

How to Use DistroKid - Upload Your Music To All Major Platforms

How To Manage Your Music Projects Around Your 9 to 5 | Beats In My Bedroom Ep. 11

How To Stop Caring What Others Think | Beats In My Bedroom Ep. 10

Added to wishlistRemoved from wishlist 1

How I Am Applying A 10x Strategy To My Business | Beats In My Bedroom Ep. 9